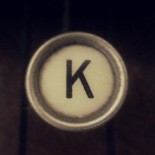 I'm afraid we're going to have to put you under for this.

This week I Skyped over to Seattle to interview sci-fi author Katherine Turner about her new Nova Black series. Kat and I studied commercial fiction writing together at the University of Washington many years ago, and I’ve been following her writing career with great interest. I’ve always admired her writing. Her scenes are always taut with suspense. And her characters pop off the page like they’re real people. I’ve never read anything of hers that I hadn’t wanted to read more of, so I was excited to learn that she’s turned her talents on a new Kindle series. Here’s a transcript of our conversation:

Q: Hi, Kat! Thanks for taking time out of your writing schedule to talk to me.

Q: Agent Nova Black is the galaxy’s premiere super-spy. When the reader is introduced to her in Pleasure Model, she’s bleeding from several bullet wounds and needs to download into a new body before the one she’s in dies. What made you decide to write about a far-future world in which people can trade in their old bodies for new ones?

A: Body-swapping is a fairly common sci-fi trope. Joss Whedon’s The Dollhouse series is just one example that comes to mind. But body-swapping, as a concept, has always fascinated me.

A: Being a trans woman myself, I’ve never been overly happy with my own body. I guess you could say that writing this series is a bit of fantasy wish-fulfillment for me. It’s also intended to be a meditation on gender and gender fluidity.

Q: Are you saying that Nova used to be a man?

A: Yes. Nova has been both male and female throughout her career as a spy.

Q: The body she gets this time around is a “pleasure model.” What does that mean?

A: A pleasure model is a body specifically designed for prostitutes and other sex workers. It has a heightened libido, which makes the work more enjoyable for the body’s owner.

A: Ha! Yes. But it’s not the kind of body Nova should have as a spy. I wanted to present her with some challenges and also poke fun at the James Bond image of the male spy, who screws his way through all of his missions.

Q: Serialized novels got their start in the first half of the nineteenth century as a way to increase sales of daily newspapers. Charles Dickens is perhaps the most notable author to have used the form. Today, thanks to digital publishing and handheld eReaders, it seems that serials are making a comeback.

A: Sure, I think everyone publishing in this format today has Charles Dickens in mind. But Dickens was already an established writer when he did this. And he had the backing of a major publisher. It’s different with Amazon. They can provide the platform, but they don’t have any of the marketing support. Authors have to do all of that themselves.

Q: Even back in Dickens day, serials were used to test story ideas and gauge the market. With the rising popularity of crowdsourcing, many believe the future of fiction is reader-driven content. Without readers, authors are just writing to hear themselves talk, but what are your thoughts on using crowdsourcing as way to generate plot ideas and build an audience?

A: I love to bounce ideas off readers, and this project has already been shaped by that process. It’s changed a lot from how I envisioned it. The central conceit of the The Groovicus, for example, came directly from a conversation I had with a reader about the “what-if’s” of body-swapping technology.

Q: Let’s talk about the groovicus! It plays a big part in the main plot of the book. Without giving anything away, can you describe what it is and how you came up with it?

A: Sure. The groovicus is a third sex genitalia. It’s both male and female, but it’s also neither of them. It can change its shape according to the desires of the body’s wearer. The idea came from Clive Barker’s Pie’oh’pah character in Imagica. In that book, the character is gendered male, and referred to as a ‘him,’ but eventually we see that Pie’oh’pah has ambiguous genitalia. I wanted to take that idea and expand upon it, make it a social issue to be explored. Even in Nova’s world, where people can switch bodies, becoming male or female at will, gender ambiguity still freaks people out. And the groovicus becomes the scapegoat for that intolerance.

Q: Speaking of intolerance, Nova tells us that Scientology has become a mainstream religion, and that Dianetics thumpers are exerting their conservative agenda on the Senate. This is one of my favorite aspects of the book. It’s hilarious! What made you decide to include Scientology in your world-building?

A: I didn’t grow up with religion, so I read a lot about it. I recently read Going Clear, by Pulitzer prize winning author Lawrence Wright. The book is about the history and inner workings of the Church of Scientology, and I found it utterly fascinating. I mean, Scientology is the sci-fi religion. It was created by a sci-fi author. It’s full of sci-fi tropes like grand galactic conflicts and the struggle between rebels and an evil empire. It just seemed logical that it should be a mainstream religion of the future.

Q: So what’s next for agent Nova Black?

A: Well, she has some mysteries to unravel, and in order to do so, she’ll need to delve into the dark heart of her employer as well as her country. This will make her question the loyalties she has cultivated over many lifetimes, and if being the galaxy’s premier super-spy is worth the compromises she must make.